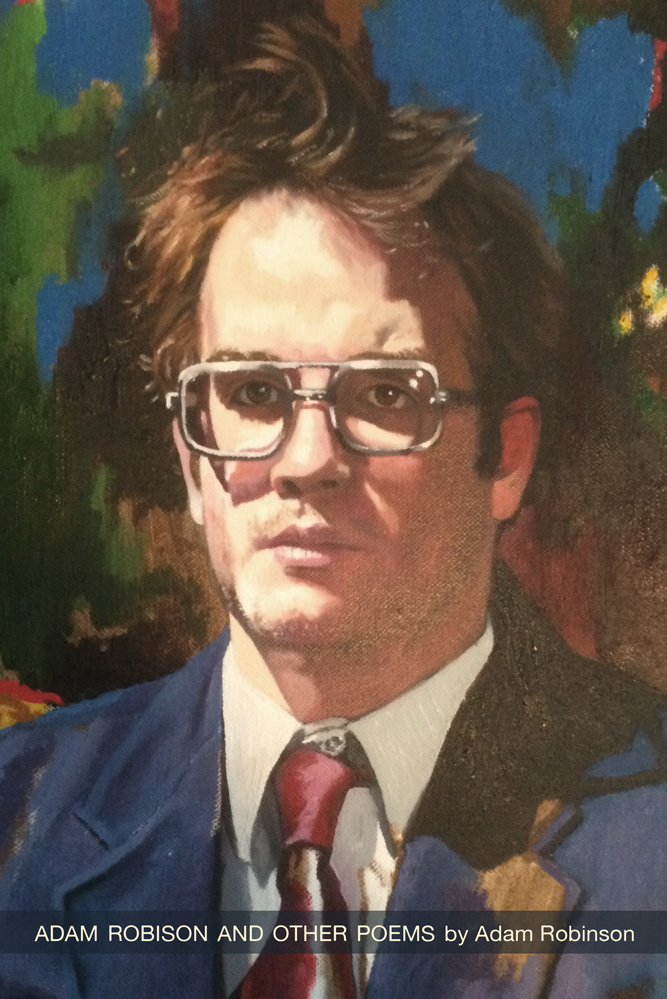 My book, which was originally published in 2010 by Narrow House Books, has new life! Due to popular demand (it being studied at a school), I had to make it easily available again.

Narrow House was a hugely impactful publisher in Baltimore, run by Justin Sirois, Jamie Perez, and Lauren Bender—besties, all. They started by publishing CDs of recorded poetry. When they moved into books, they were always a notch above thanks to the collective smarts of the publishers, and Justin Sirois’s design and production skills.

Now it has been five years and ten days since the official release on March 15, 2010. A lot has changed since then. A whole lot! Here’s just one thing: I don’t look like that painting of me anymore. I have a beard, and I’m a lot creekier. Here’s what the cover could look like:

The (good) cover was painted by the artist and family man Shaun Preston, probably begun in 2008 or 2009. I actually posed for it for two sessions. That was kind of the first time Shaun and I hung out. Like the publishers, we became fast friends! We’d go on to play in the Casual Band together, and play softball together, and maybe this summer we’ll go camping together.

If you’re not making friends from your writing career, you’re not doing it right.

This morning I reread my book in order to proof it one last time, and not only did it “hold up,” but I liked it more. It felt new to me. It actually seemed better to me than it did five years ago, I think, because for so long I just read the same poems, and ignored others, like the one about the missionary Elisabeth Elliot, the one about the guy from Judas Priest, and the one about my Grandma.

There were some surprises, and some things that were more clever than I generally think I am.

I thought, “Wow, this is good. People should read this!”

When I reread it, I didn’t want to dally on the ones that were most familiar, because they have lost a lot of their strangeness. For instance, the “Curtis Ebbesmeyer” one—about the guy who tracks ocean currents with reports of floating trash—I didn’t read that. But I did stop to remember the joke in it, about what is most disconcerting about abandoned kayaks at sea. And then I thought what the heck and I read it and lo, it was just as strange as I wanted it to be.

I noticed something about the form: I frontloaded the biographical poems. I knew I had done that, but reading through it anew, without thinking about any original editorial considerations, I was able to perceive a sense to it. Talking with Amy about it today, I was able to say that the book is a bit messy, and not all of the poems fit, but in the disarray, there is a hint of intentionality. Amy pointed out that a bit of mess can work in a full length collection (as opposed to in a chapbook, which needs to be tight and immaculate almost by definition).

I remembered the edits that Jamie gave me in a big manila folder, how gratifying it was that he’d spent so much time on it. He did a brilliant job reining in my chaos.

I remembered how in the poem “Martin Luther” I attribute the Institutes to Aquinas, never thinking about it until one day my theologian friend told me, sternly, “John Calvin wrote the Institutes, Adam.” I thought about correcting it in this version, but I didn’t. Everything is the same as it was five years and ten days ago, except I had to tweak the cover a bit for technical, printing reasons.

The book is available again through Amazon. I hope you’ll order one!